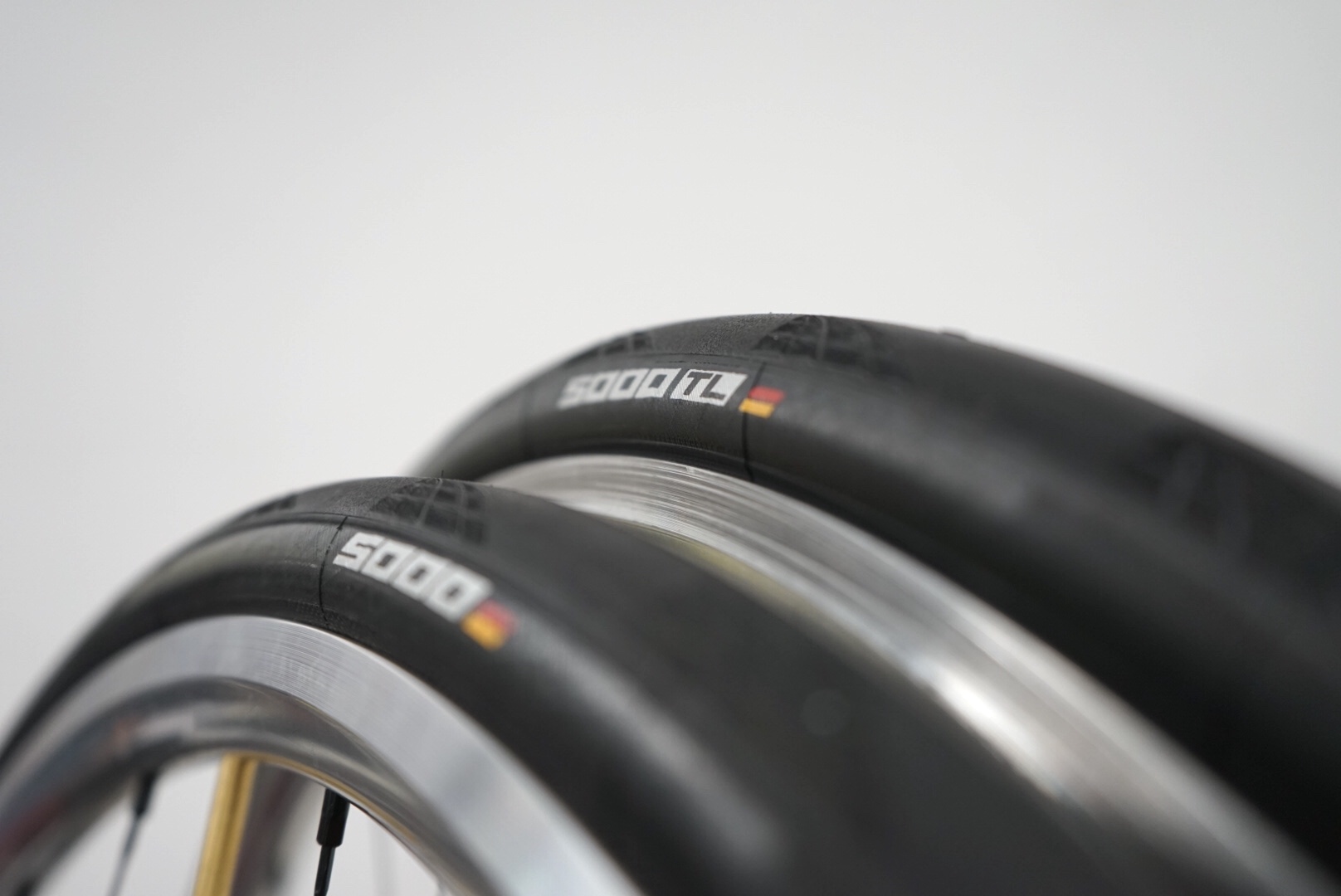 The goal of this test was to evaluate the rolling resistance performance of the tubeless version of the GP 5000 in comparison with the clincher version.

Having previously tested a 23mm clincher version of the GP 5000, and finding it to be faster than a GP 4000 23mm but slightly slower than a GP TT 23mm, we had to increase the clincher size for this test, as the tubeless version of the GP 5000 (GP 5000TL) only comes in 25mm at a minimum. The tyre casings are noticeably different before being installed, with the GP 5000 TL having a thicker casing and bead for better tubeless compatibility.

Generally speaking wider tyres have lower rolling resistance - for this test we evaluated the performance of a GP 5000 in two widths (23mm and 25mm), before then testing the GP 5000 TL in 25mm.

In order to test rolling resistance, we used the same tyres and swapped between them as a rider rode a bike on rollers, measuring power output and speed, as well as atmospheric conditions and bike/rider weight. This allows us to calculate what is known as the Coefficient of Rolling Resistance (or "Crr"), which can be used to model the power output required to travel on a normal road. A lower Crr is better - in that it requires less power to travel at the same speed.

The results of the roller testing, including data from a GP TT and GP 4000 are shown below: 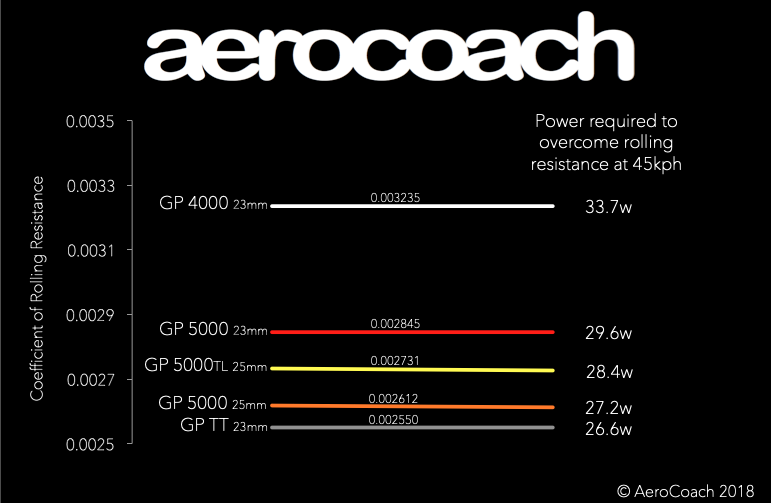 In this test we found that the wider versions of the GP 5000 were faster, but that the clincher GP 5000 25mm was marginally faster than the tubeless GP 5000 TL 25mm.

This small penalty in rolling resistance may well be outweighed on the road by improved puncture resistance, as tubeless tyres will seal themselves against small punctures automatically. The GP 5000 TL in 25mm is a very good performer for rolling resistance overall, and would make an excellent training and/or race tyre.